Something to Celebrate July 4th: Young People, Old People, and the CNN Poll 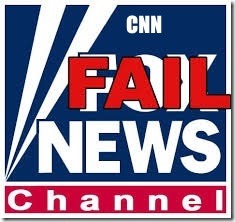 In perhaps haste to show “relevant” news concerning the battle flag issue, CNN concentrated on a poll question about whether the CSA battle flag was a symbol of pride or a symbol of racism.

“The poll shows that 57% of Americans see the flag more as a symbol of Southern pride than as a symbol of racism, about the same as in 2000 when 59% said they viewed it as a symbol of pride. Opinions of the flag are sharply divided by race, and among whites, views are split by education.” [CNN]

And just as certainly, the views were divided along ethnic/racial lines:

Thank you CNN for once again concentrating on the perfectly obvious and missing the much more interesting.

For example the poll also presented results by age.  A point not emphasized in the coverage, and those results were interesting in themselves.  One of the questions asked was if the crime in Charleston should be considered terrorism. The results by age:

Most children by age four are aware of major national events, if not entirely capable of explaining them.  By seven the gears are clicking such that the young person can at least form an emotional reaction to the events, situations, and ideas being presented to them; ideas which are more fully informed when they reach eleven years of age.  In simpler terms, what happens before a person is about 10 is history and what happens afterwards is current events – none of us willing to perceive ourselves as museum relics.

Thus a person who is 34 years old now was 12 years old when the first attack was made on the World Trade Center in New York City (1993) and saw “terrorism” on the television set.  A 34 year old person was 14 years old when the Oklahoma City Bombing occurred, 1995.   For an individual born in 1985, that domestic terrorism bombing happened just as they were capable of a better understanding of the event.  That person is 30 years old this year.

Perhaps terrorism has a broader definition for those who are old enough to remember the Khobar Towers (1996), the African embassy bombings in 1998, the attack on the USS Cole (2000), the WTC/Pentagon Attack (2001), the Madrid train bombing (2004), and the attack on the London underground rail system (2005).  We might contend with some rationality that for those under 34, if an attack of any sort includes multiple victims, in significant places, for particular ideological reasons then it’s terrorism.  That the Charleston attack is not perceived as “terrorism” by more than half the respondents may be a function of the media’s tendency to attach “Muslim” to any and all assaults, hence it’s not terrorism if it isn’t associated with the followers of Islam.

The hate crime question seemed a bit less divided.  CNN asked if the attack on the Charleston church was a hate crime:

A person now 65 years of age (born 1950), one now 70 (born 1945) will more likely have a frame of reference tilted toward classification of attacks as hate crimes because they witnessed these during the modern Civil Rights Movement.  A person born in 1945 would have been aware of the murder of Emmett Till (1955), Medgar Evers was murdered in 1963, and the iconic image of the carnage, the Birmingham Church Bombing took place in September 1963.  A person now 65 was 13 years old when that happened, and one 70 was 18 at the time.  The bombing of the Church and the murders of Civil Rights Movement advocates are within the ‘current events’ time line of those over 65.  Little wonder they would slot the Charleston Church attack into the hate crime category.

It would be interesting to see the results of an academic study that tests how individuals categorize insidious attacks perpetrated for ideological reasons, and if the nature of the reporting and publicity given to the event at the time informs their classifications as they age.

Comments Off on Something to Celebrate July 4th: Young People, Old People, and the CNN Poll