The Crisis Factory goes Dancing With the Debt Fetish 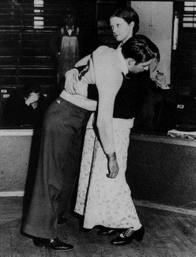 One of the little problems with the Politics of Hyperbole is that eventually someone may notice not every minor annoyance constitutes an emergency.  Not even every major issue is an emergency.  However, nothing has prevented the radicals from manufacturing crisis after crisis in order to monopolize the conversation and distract this country from some very real issues we need to address.

Pillar One:  People are in imminent danger of becoming dependent upon government.   Hogwash. Only the most extreme social libertarian would contend that having police, fire, and emergency medical personnel creates “dependency,” and how foolish does a person have to be to argue that we don’t need public health inspectors?  Further, if we allow for the old saws that two “heads are better than one,” and “many hands make light work,” then we know there are many tasks at which we do much better when we work together: Building roads, dams and bridges; Conducting relations with foreign countries; Protecting our citizens from or responding to natural and man-made disasters; Promoting our national economy.  And the list goes on.  Or, to introduce yet another well known concept:

“No man is an island,
Entire of itself,
Every man is a piece of the continent,
A part of the main.
If a clod be washed away by the sea,
Europe is the less.
As well as if a promontory were.
As well as if a manor of thy friend’s
Or of thine own were:
Any man’s death diminishes me,
Because I am involved in mankind,
And therefore never send to know for whom the bell tolls;
It tolls for thee.” — John Donne (1572-1631)

Pillar Two: People are burdened by an unconscionable level of federal debt.   This argument is extremely convenient for those who have another agenda — cutting spending on domestic programs with which they are in fundamental disagreement.  The proposition requires adopting a variation on the White Queen’s belief in “six impossible things before breakfast.”

The United States is the most powerful nation, with the most powerful economy in the world.  China’s GDP is $8.227 trillion; U.S. GDP is $15.68 trillion.  Therefore, it is necessary to manufacture PERIL in order to substantiate the claims that we are burdened by indebtedness such that we cannot afford to (fill in the blank with the program one wishes to dismantle).   There are some real issues, just not the ones usually cited in the conservative press.  For example:

The Trifflin Dilemma Peril:  “He pointed out that the country whose currency, being the global reserve currency, foreign nations wish to hold, must be willing to supply the world with an extra supply of its currency to fulfill world demand for these foreign exchange reserves, and thus cause a trade deficit.”  Translation – The stronger the nation the more likely other nations are to want to invest in it, and the more other nations invest in it the more vulnerable the nation becomes to foreign influences on its economy.

A variation on the Trifflin Dilemma often shows up in the conservative media in the form of a new version of the old obnoxious  Yellow Peril argument — What if China called in its investments?  They could OWN us.  Instead of rewriting the posts, this topic has been discussed at more length in “The Republican Debt Wish” (2006), “Something to Think About,” (2008) and “When Willful Ignorance Meets Economic Reality,” (2011).

One one of the consequences of paying attention to the debt, as opposed to focusing on the economic growth which facilitates the repayment of those obligations, is dangerous in itself, as explained by Nobel Prize winning economist Joseph Stiglitz:

“The fundamental problem is not government debt. Over the past few years, the budget deficit has been caused by low growth. If we focus on growth, then we get growth, and our deficit will go down. If we just focus on the deficit, we’re not going to get anywhere.

This deficit fetishism is killing our economy. And you know what? This is linked to inequality. If we go into austerity, that will lead to higher unemployment and will increase inequality. Wages go down, aggregate demand goes down, wealth goes down.” [HuffPo]

Pillar Three: The free market will cure all ills.   When pressed to explain why, for example, the Affordable Care Act, is so onerous, the right is often moved to propose that the “free market” could have solved all the problems associated with health care insurance situation in the United States.

The first question we need to ask in regard to this contention is: Are we using the right tool from the box?  Consider your utensil drawer in the kitchen.  Does it contain at least one table knife, bent at the tip because it was pressed into service as a screw driver or as a lever?  Like the trusty table knife, the free market is an excellent tool for delivering the goods and services we require, but there are some tasks for which is it simply not the best implement to apply.

We could apply the free market to our transportation system by privatizing all our now public roads and charging tolls for their maintenance and use — however, we need to calculate the cost to our economy of raising costs for the factors in our transportation sector.  In this instance, the cost to the trucking industry is a negative factor in economic growth, and it is better policy to “subsidize” the industry by providing well maintained roads and functional bridges to secure the benefits of our economy.

Since we accept that corporations should operate for a profit, then in the realm of health care insurance it makes good free market sense for the company to insure only healthy persons (certainly not those with pre-existing medical conditions, or those who are elderly) and to keep those medical loss ratios at the lowest possible level.  In short, if we allow the free market to function in its purest form in the delivery of health care, then we should rationally expect that the least costly services will be provided, to those who need the least service.  Sometimes it’s really not about the money.

There are issues we need to address, most of which have profound implications for our economy. Among these are:

#1. Global climate change.  This isn’t “lib’rul hype;” this is about living on a planet capable of sustaining human life. Yes, if we foul our nest, the planet will probably last another 6 billion years, but WE won’t.   The 2007 University of Maryland study (pdf) projects economic impacts in terms of agriculture, energy, and transportation; in terms of our eco-system; and, in terms of water and infrastructure elements.   The fifth assessment from the IPCC released recently should convince all but the most delusional that WE are the problem.

The conservatives continue dancing with the Debt Fetish

#2. Student Loan Indebtedness.  If we’d really like to have young people start contributing to our economy, especially in regard to consumer spending, then it would be nice if they had more unencumbered income with which to do just that.  The Wall Street Journal calls the current situation the “Student Loan Straitjacket.”

#3. Infrastructure issues.  It isn’t like the American Society of Civil Engineers haven’t been trying to get our attention.  The National Report Card is not pleasant or reassuring reading — but it should be read, and we should be paying attention.

The conservatives continue to dance with the Debt Fetish.  How do we pay off any portion of the debt if our physical infrastructure is so dilapidated as to impede the progress of our distribution systems?

…and like the marathon dancers of the Depression Era we will proceed having put a great deal of effort into endeavors promising very paltry results.